Home Tips and Tricks How to a Convert Non-Smart into Smart TV
Facebook
Twitter
Pinterest
WhatsApp
With the immense change in technology, the need for smart TVs has also increased amazingly. And why not! they are great to use with their smart features.

No need to worry guys! We will tell you all how to convert your non-smart led TV into a smart LED TV. Some devices vary from each other and are of many companies and brands available in the market. They are of different budgets and sizes and with different features.

Without wasting any time let’s take a look.

You need to connect your non-smart LED TV with some devices to use is a smart TV. To connect you need to have a free HDMI port of USB port. Let’s take a look at devices and how to use them. 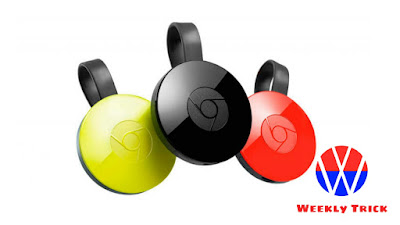 One of the most affordable products which you can get online is Google’s Chromecast. you can get it between 1500- 4000 Rs.
It is the easiest to use. All you have to is interconnect your LED with Google chrome cast. Just plug it in HDMI port your LED TV to give it power, you can even connect it externally to give it power. After that connects with your LED’s source with Wi-Fi and also connects Google’s chrome cast with Wi-Fi.
After that install the Chromecast app on any of your mobile devices, laptop or tablet and follow the instructions. Other devices are also available in the market just like Google Chromecast in the same category but this is the best option among all. 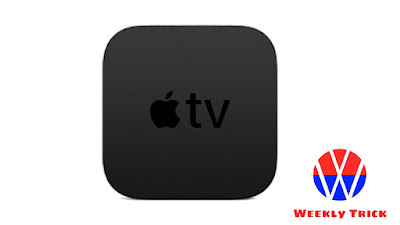 Just like Google chrome cast it also does not have any internal storage in them, this is the only drawback in both of them. Apple TV costs about 8300 Rs online.
You can enjoy the internet, YouTube, apps like Netflix, amazon prime in both- Apple TV and Google Chromecast. Users can also watch the movies and channels that they have purchased or taken on rent in apple TV.
It even connects with smart speakers and apple tv even supports the 4k resolution in a Smart LED TV. your smart home can also be operated with it. Apple TV has the option of smart remote with Siri in their remote, which is based on voice-based technology.
Wo connect you’re led with apple you must install some apps like Plex, PlayTo or Apple TV Airplay Media Player. First, connect it with your LED TV than install apps and follow the instructions in apps.
Apple Tv provides the amazing feature of locking your Smart LED’s those sections which you do not want your kids to watch. You can filter them based on ratings, age, etc. 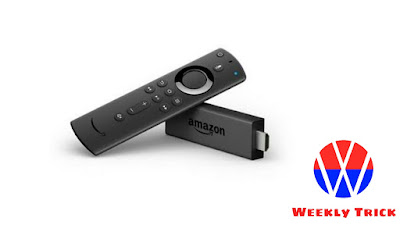 This is the best way to convert your TV into smart it comes with a quad-core processor, 1 GB ram and 8 GB internal storage option. You can get it online nearly at the price of 3999Rs.
It also has the option of putting a lock on your smart led sections. It comes with the smart remote which is based on voice-based technology. With this, you can operate your Smart LED with your voice by using the smart remote. Its remote is quite better than others because it comes with an inbuilt mike in the box of fire stick.
The remote of firestick has the connectivity of Bluetooth so you do not have to point towards the LED’s screen every time while using it. The direction of remote can be on any side, it depends on the range the remote must be in the range of LED TV.
It has all the other features as well like, apps, internet, YouTube, etc. By using it you can even connect your Bluetooth with it. It also allows you to track the data usage of your LED TV. You can set a limit and it will alert you before crossing the limit of data. 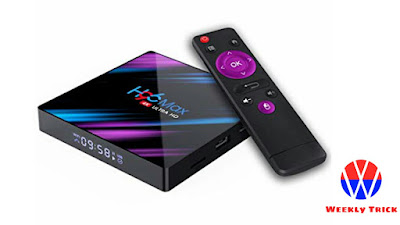 These are a bit costly than others and completely loaded with smart TV features. Connect it with your LED’s HDMI port and then connect it with Wi-Fi and that’s it.
They come with every feature that others might not have. They come with preloaded apps like Netflix, amazon prime, Voot, Hotstar, etc. It even supports the memory cards, USB, or any external hard drive. With the internal storage, you get the option to enjoy not only the online content but also offline data which is stored in the drive.
This is the best option and has no drawbacks. Even gamers love this because by installing this on your TV you can easily connect your TV with PlayStation, Xbox, etc. This way your gaming experience becomes more enhanced. It is available at nearly 12500Rs online.
There are other options and devices other than these four options. But we have spent so much time and effort in finding out the best devices and options to convert your LED into Smart LED TV.
All these options have a different price so you can choose according to your budget and need as well. If budget is an issue for you can go with Google chrome cast and if budget is not an option then you must go with box type media player.

Living in a Multi-Gadget World with Android